A Use Less guide to eating

Our production and preparation of food leads to major sources of greenhouse gases and there are key opportunities to reduce these emissions.

Food and drink account for 20% of the UK’s CO2eq emissions and produces 10 million tonnes of food waste every year (WRAP).

Our production and preparation of food leads to five major sources of greenhouse gases, which starting from the largest effect, are:

There are several areas of this industry, on the demand side, in which changes can be made.

If we assume that an 'average' diet is 'healthy according to nutritional evidence and current recommendations, alterations can be made which reduce associated carbon emissions and do not compromise on health. Figure 2 shows the average consumption of various nutrients, compared with the daily dietary recommendation. One key opportunity to reduce these emissions is to use less red meat. Animal emissions cannot be controlled, so relate to the number of animals, as does the requirement for crops to feed them. Industrial fertiliser production is already achieved with great energy efficiency, although there is a significant opportunity to use less fertiliser without reducing crop productivity, by placing the right amount of fertiliser exactly where it is required, rather than spreading it uniformly over a field. Methane capture from decomposing biological waste has been a success story of recent UK policy, but the bulk of these releases arise on farmers fields from decomposing residues which are not collected – and which are required to maintain soil organic carbon levels – so the methane cannot be captured. The driver of deforestation is crop production, and the bulk of this is for animal feed. Figure 3 shows the carbon emissions for various diets, broken down by food type, and demonstrates that the smaller the consumption of meat, the smaller the carbon footprint. 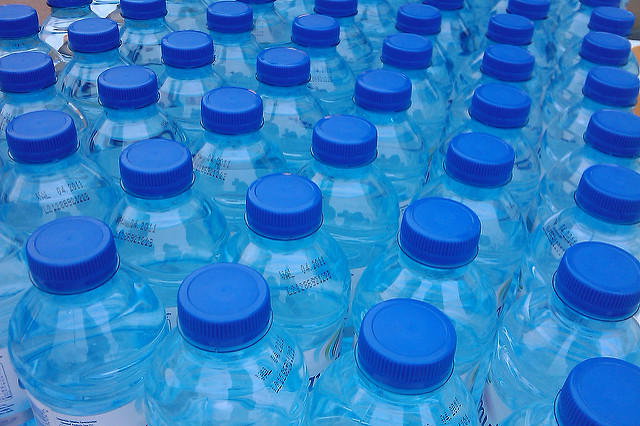 The materials used to package the food we buy are made using many of the techniques we discuss on this website- indeed plastic, paper and aluminium make up a huge amount of these which are rarely reused and often improperly recycled. Opportunities for changing consumer behaviour should be explored, such as marketing refillable recepticles for water; a shceme which was tried very sucessfully in Germany in the 1990s.

Reducing food waste is obviously important, and we should be taking every opportunity for efficiency within the supply chain for food: for example, the largest source of emissions for the supermarkets is related to their use of electricity in display fridges and freezers; as a population we’ve shown the supermarkets that we will pay more for food displayed in fridges, even if it doesn’t need to be refrigerated, and we could very helpfully demonstrate the reverse. (Take a look at the number of display fridges in Marks and Spencer next time you visit, and ask yourself how many of the items really need to be chilled. Potatoes? Green vegetables? Pasteurised fruit juice in sealed cartons – really?). But changing our behaviour and eating less red meat is the overarching priority.